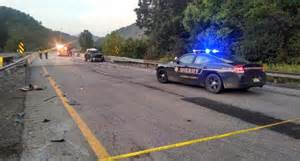 A police chase, a stolen truck.  Destruction and chaos ensue as the truck hits three cars on the interstate, inside the truck: coolers with an active meth lab. It sounds like the newest episode of Breaking Bad.  Unfortunately for the victims of the car accidents this was no movie set.  In Kanawha County, West Virginia (WV) a man in a stolen truck caused several accidents while leading police on a chase.  The man is now behind bars but the victims of his reckless driving may have to live with their injuries long after he is released.  How will they recover when the at-fault driver was a criminal in a stolen truck?

As Virginia and North Carolina injury lawyers we know that in VA and NC as well as many other states, uninsured and underinsured car insurance coverage is mandatory but the amounts that you maintain on your policy are optional over the minimal coverage. It is a very important part of your car insurance, because it helps you if the other driver is uninsured, or does not have enough insurance for the magnitude of your injuries. For more on uninsured or underinsured car insurance, click the link below to read one of our articles on this key UM/UIM insurance.

Being injured by a reckless driver isn’t always as dramatic as the story above but as we have seen so many times before, reckless driving often leads to deadly tragedies. Driving too fast for conditions, ignoring traffic signals and stop signs, or passing in a no–pass zone can lead to terrible consequences.