Study Finds Many Adults Fail to Use Back Seat Safety Belts

Most adults in this country know that seat belts save lives. Statistics show that the majority of drivers buckle up when they get behind the wheel of their vehicle. However, a new study reveals that those same drivers are not as cautious when they are a back-seat passenger in someone else’s vehicle and many fail to use their seat belts. 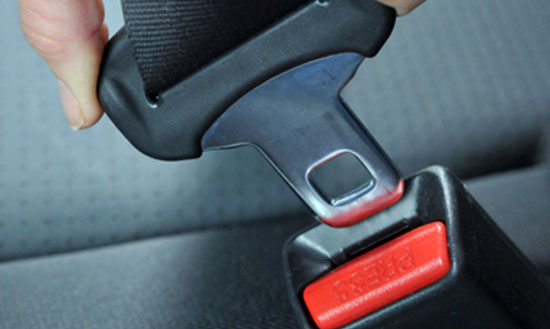 The study was conducted by the Insurance Institute for Highway Safety (IIHS). The IIHS surveyed almost 1,200 adults, ages 18 years and older, between June and August of last year. Survey participants who had ridden in the back-seat of a vehicle within the prior six months were asked about their seat belt habits. Ninety-one percent said they always use their seat belts when they are seated in the front, but only 72 percent said they always use them when they are seated in the back. These results appear to back up another survey done in 2015 where 89 percent of people said they always buckled up when in the front seat, but only 75 percent do so when they sit in the back.

Who Is Not Buckling Up?

The most common reasons for not using back seat belts included people believing they do not have to because the back seat is safer (it isn’t), they forget to buckle up, the seat belt does not fit properly, or they cannot find the seat belt or buckle.

Seat Belts Do Save Lives

According to the National Highway Traffic Safety Administration (NHTSA), almost 14,000 lives are saved each year because people were wearing their seat belts at the time of the crash. When you are in a vehicle, that seat belt will reduce the risk of a fatal injury by between 45 to 60 percent, depending on the type of vehicle you are in.

Unfortunately, you may still suffer some injuries if another vehicle crashes into you, even with a seat belt. If you are dealing with car accident injuries caused by a negligent or reckless driver, contact a skilled Virginia personal injury attorney to find out what legal recourse you may have.