Only the good die young, although not true in every situation it certainly rings true for Jazmine Foreman, a vivacious young woman who had just graduated with honors from Grassfield High School in Chesapeake, Virginia (VA) only days before a terrible car accident took her life.

As a Virginia personal injury attorney, as well as a father who just had a daughter graduate high school this year, it breaks my heart to see such a promising life cut short.  In fact this young woman wanted to help others and she was ready to study nursing at Norfolk State University, where she had athletic and academic scholarships. She hoped to eventually become an obstetrician. 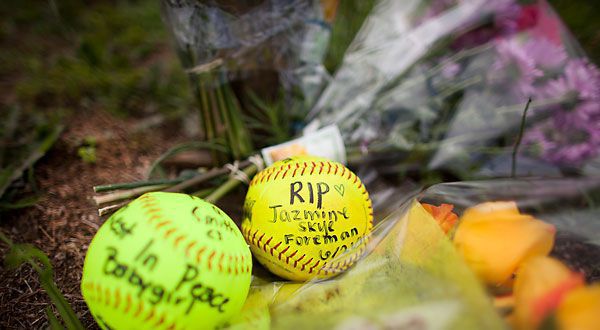 The entire community as well as her family is mourning the loss of Jazmine from this terrible car accident and hundreds attended a candle light vigil.  However this was no normal car wreck, the at-fault driver was driving at a high speed on the wrong side of the road and seemed to have recklessly caused the head-on collision.  Just hours before he drove his car head-on into Jazmine, police had responded twice to his home.

Unfortunately it’s not possible to hold the at-fault driver of this fatal car accident criminally responsible because he also died at the scene.   I know it must be hard on her family that they are unable to have police charge her killer due to his own death.  But as a Virginia wrongful death attorney I know that a wrongful death action can at least force his estate and insurance company to compensate her grieving family for the horrendous loss of life.

As experienced Virginia (VA) wrongful death lawyers we have worked with families In Virginia Beach, Chesapeake, and other VA cities who have lost a loved one.  We represented one family in a wrongful death case in which a car accident took the life of a husband and father.  We successfully settled the case for the family, also working closely with the grief counselor who treated the family members,  to help illustrate the tremendous losses that the family suffered.