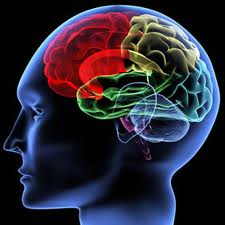 The immediate consequences of a traumatic brain injury can be severe and costly. In addition to headaches, nausea, dizziness, blurred vision and sleep disturbances, a TBI victim can spend days or months dealing with lapses in memory, difficulties with speaking and retrieving words, and behavioral changes and mood swings.

Further, the estimated cost for emergency room and hospital treatment for a mild TBI approached $12,700 in 2020. “Mild traumatic brain injury” is what doctors call a concussion, which pts the lie to a concussion something that people can just shake off. That projected financial hit rose to $26,000 for more-serious brain injuries.

With causes of TBIs ranging from car and truck crashes to falls, medical errors and near-drownings, some 2.5 million Americans suffer brain injuries each year. North Carolina residents are not spared. A survey of 8,844 North Carolinians in 2011 revealed that 399 respondents had suffered a brain injury that limited their activities in some way for more than a week. And not everyone who incurs a brain injury recovers.

According to the Mayo Clinic, permanent severe brain injuries can be accompanied by

These physical problems and intellectual challenges can leave the TBI victim needing around-the-clock care and assistance. Obviously, the negative effects on the person’s life, as well as the lives of their family members, are significant, extending to emotional trauma and financial struggles.

Analyses reported in the Journal of Neurotrauma in 2012 placed the total expenditure for six years of TBI care in a range of $1,522,935 to $2,178,627. The authors of that article also noted that over the study period, “medical care costs for persons with [any degree of] TBI were an average of $4,906 higher than costs for matched controls without TBI.”

While dealing with the long-term consequences of a brain injury requires more than money, that issue often haunts victims and families. An article reprinted in the Northwestern Now in 2015, included this heartbreaking fact: “For the average adult with brain injury, the unemployment rate two years after diagnosis is 60 percent.”

When a person suffers a brain injury due to the negligence or recklessness of someone else, they should not need to then pay a lifetime of bills out of their own pocket—especially when they do not have income from work. The responsible party should assume the financial costs by settling insurance claims or paying a jury award from a personal injury lawsuit.