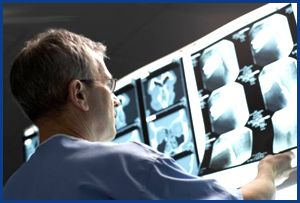 Virginia is one of the states where hospitals are not liable for the negligent actions of independent contractors.  McDonald v. HamptonTraining School for Nurses, 254 Va. 97 (1997).  When deciding whether the physician was an employee or an independent contractor depends on a number of factors, including: selection and engagement, payment of compensation, power of dismissal, and the power to control the physician’s work.

South Carolina uses a three part test to determine whether the hospital may be held liable for the acts of physicians.  All three prongs must be answered “yes” in order for liability to attach.  First, did the hospital consciously or impliedly represent that the doctor was its agent?  Second, did the plaintiff rely on that representation of agency?  And third, did that plaintiff’s reliance on that representation cause him to change positions?  This third prong asks whether the plaintiff went to Hospital A, rather than Hospital B, because Hospital A employed Dr. Jones.  Strickland v. Madden, 323 S.C. 63 (Ct. App. 1994).

In West Virginia, a hospital may be held vicariously liable for the medical malpractice of even non-employed physicians.  West Virginia notes that when a patient visits a hospital, especially in emergency situations, he is forced to rely on the hospital’s choice of physicians.  Thomas v. RaleighGeneralHospital, 178 W.Va. 138 (1987).

North Carolina has not clearly defined a test.

Luckily, the vast majority of hospitals require physicians to carry multi-million dollar medical malpractice insurance policies.  If this were not the case, injured plaintiff’s might be left without a remedy when the hospital refuses to pay for the plaintiff’s injuries.