Are You a Victim of Unnecessary Medical Tests? 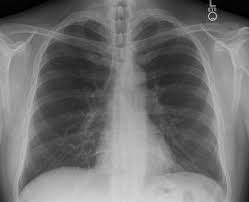 Medical imaging tests, such as x-rays, CAT scans, and MRIs, have proven to be extremely beneficial in helping doctors diagnose medical issues in patients. However, like many medical tests and procedures, these imaging tests come with potential health risks because of the exposure the patient has to radiation that is used in the imaging process. Sometimes this puts the patient in a position of choosing between the lesser of two evils.

There have been multiple studies conducted that address the need for these tests and question just how much radiation exposure is too much. These studies have led several organizations to release guidelines for patients in the even their physician orders these tests, especially in situations where multiple imaging tests are being ordered. Patients need to be comfortable questioning their doctors and making sure they are not being overexposed to radiation.

One of these organizations, The Joint Commission, a non-profit organization that accredits and certifies health care programs and organizations across the country, issued helpful information for patients about these medical imaging tests, including a downloadable infographic that explains what each of these tests is used for and what the risks associated with them may be.

The amount of radiation released during these tests varies, as does the rate of risk involved. The organization suggests that if your physician has ordered a medical imaging test, you should ask the following questions:

Children are especially vulnerable to radiation exposure. In one major study conducted by the Mayo Clinic, researchers found that many children are being needlessly exposed to radiation from unnecessary chest X-rays that doctors order.

The study examined the records of 719 pediatric chest X-rays which were taken over a six-year span. The ages of the patients ranged in age from newborn to 17 years. The X-rays were ordered for emergency room patients, as well as hospital in-patients and out-patients. Over half of the X-rays – 377 – were given to children who reported chest pain. Another 185 chest X-rays were given to children who reported feeling dizzy, 98 for fainting, 37 for POTS (a sudden drop of blood pressure when standing), and 21 for a feeling of general malaise. One X-ray was given to a child who was suffering from cyclical vomiting.

Interestingly, for the children who were given chest X-rays because of symptoms other than chest pains, the X-ray results did not alter their treatment plans. For the children suffering from chest pains, only 12 actually had respiratory issues revealed by the X-ray. The researchers pointed out in their findings that it is clear too many children receive unnecessary chest X-rays and exposure to radiation.

If you or a loved one has suffered injuries or illnesses that you believe were caused by unnecessary or inappropriate medical treatments, you need a skilled Virginia medical malpractice attorney to determine what type of legal recourse you may have. Call Shapiro, Appleton, Washburn & Sharp today to schedule a free and confidential case evaluation and find out how our legal team can help.