There Is No Such Thing As A Mild Concussion 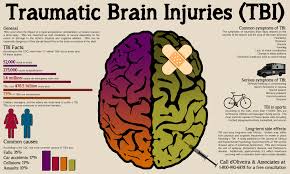 Too often, doctors, parents, coaches, and the media paint concussions as a simple knock on the head – a minor injury that might not even need medical attention. But as one neurologist told congress this week, there is absolutely no such thing as a mild concussion. In fact, the more that researchers learn about concussion, the more they have come to believe that all head injuries can have serious long-term consequences, especially if their seriousness goes ignored.

According to the Virginia Pilot, this new information found by doctors and scientists has already translated into growing awareness regarding the dangers of concussion along with new laws in Virginia that will protect teens and young athletes from head injuries on the field. Starting this summer, all Virginia schools must outline a concussion policy that involves administrators, coaches, students, and parents, and all Virginia student athletes must see a doctor after a head injury in order to return to the field.

Doctors urge everyone who suffers a concussion to visit a doctor and keep close track on their symptoms. Even more importantly, mild brain injury victims should learn about their injury and be aware of possible consequences. Those who have been in accidents due to the negligence of others should understand that suffering a concussion is not a minor injury and could have repercussions for decades to come. If you have suffered a concussion and believe someone else was at fault for your brain injury, talk to a Virginia attorney today.