A recent study reveals that people who have issues with sleeping are actually more at risk of being in a car crash. This should come as no surprise as the number of drowsy driving accidents continues to increase each year. It is estimated that 20 percent of all fatal crashes each year are the result of fatigued drivers. 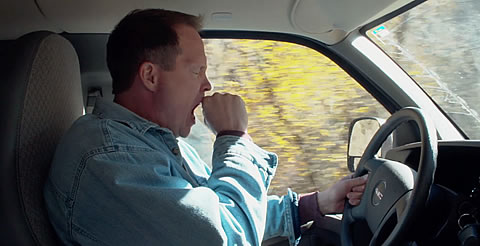 The results of the study were published in the Journal of Sleep Research. Surveys were given to approximately 5,300 participants by their physicians. All those participating had some type of sleep disorder, such as sleep apnea or insomnia. More than 20 percent of the people answering the survey said they had an in-home accident during the past 12 months. One in ten participants reported that they had fallen asleep while driving at least once during the same time period, and almost five percent said they had been in at least one vehicle accident during the past 12 months which was caused by fatigue.

The results found that men with sleep issues, along with people who worked outside the home, had higher rates of vehicle crashes. In addition to suffering from sleep issues, the survey also found that many participants also were more likely to use prescription and over-the-counter sleep medication which caused drowsiness at unexpected times.

Not Just a Sleep Disorder Issue

Other studies have found that a driver does not have to be suffering from a sleep disorder to be at risk of an accident from lack of sleep. One study found that drivers who only get five to six hours of sleep within a 24-hour period put themselves at twice more risk of being involved in a crash than if someone who has had seven or more hours of sleep.

The drivers in that study who only had four to five hours of sleep had four times higher crash rate, almost the same crash rate as drunk drivers.

When someone gets behind the wheel of a vehicle when they have not had enough sleep, they pay less attention to the road around them. Their ability to make good decisions is affected and they have a slower reaction time.

If you have been injured in an accident caused by a drowsy or fatigued driver, contact a skilled North Carolina car accident attorney to find out what type of legal action you may be able to take against the driver who caused the accident. Our Carolinas personal injury attorney can negotiate directly with the at-fault driver’s insurance company in getting out the best financial outcome available, or if necessary, can also bring the case forward for litigation if the insurance company’s offer is unfair.