Our Virginia wrongful death client died when his Ryobi riding lawnmower exploded without warning as he was using it to clean up the yard around his Chesapeake, VA, home. The fatal accident occurred on Dec. 23, 2010, as the man’s family prepared to gather two days later for their traditional Christmas celebration.

The explosion soaked 88-year-old Frank S. Wright in burning gasoline. All his wife could do was watch in anguished horror as her husband burned to death in their backyard.

A Virginia Personal Injury Lawyer Explains How to Hold Makers of Dangerous Products Accountable for Failure to Warn
What Types of Monetary Damages Can Be Claimed in a Virginia Wrongful Death Cases?
Who Can File a Wrongful Death Lawsuit in Virginia?

The Wright family hired our Virginia defective product and wrongful death law firm to seek compensation from Ryobi and Home Depot, which sold the mower. We assigned two attorneys to this case, and they enlisted the assistance of an attorney based in Kansas City who had worked on other cases involving dangerous and deadly riding lawnmowers.

Our main argument was that Ryobi knew that it produced and marketed a mower model whose fuel line did not securely attach to its plastic fuel tank. The design defect, we noted, made the mower that Wright used prone to exploding and catching fire. 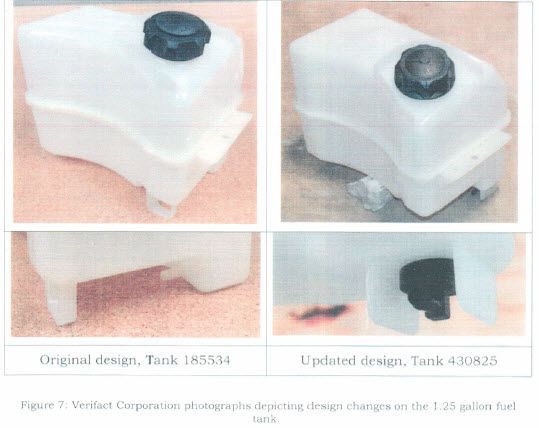 Ryobi and Home Depot refused to offer settlements to the Wright family. The companies said that the deceased man sparked the fire himself by generating static electricity while “plowing” dried leaves on a cold day. Ryobi also stated — falsely, as it turned out — that it had received no other reports of this specific model of mower catching fire. Most preposterously, the companies contended that Wright was too old and dealing with too many health problems to have been using the riding mower and doing yard work.

The case went before a federal jury two years after Wright’s death. During the five-day trial, our Virginia defective product and wrongful death attorneys presented evidence that a Ryobi mower in Indiana with the same insecure fuel line-fuel tank connection as the one on our client’s mower had burst into flames and burned down a home.

That other fuel line failure, which thankfully resulted in no deaths, happened a few months before Wright died. Ryobi issued no alerts after the fire in Indiana and did not develop a plan for making the mower’s fuel line connection more secure.

Members of the jury deliberated for about five hours and returned a verdict in favor of our client. The Wright family received $2.5 million, which Ryobi and Home Depot were ordered to pay to our client’s widow.

The jury made clear that the multimillion-dollar award was intended to both compensate Wright’s family for their irreplaceable and easily prevented loss, as well as to send the message that Ryobi should act to protect the thousands of other people who bought its unsafe mower.

In speaking with the press, our lead wrongful death attorney noted, “Ryobi tried to convince the jury that a senior citizen’s life had a discounted value, and we contended that every day of life is precious no matter what age you are.”

The outcome of this defective product wrongful death case affirms the legal and common-sense principle that when a company makes a product, it owes a duty to consumers to make sure the product is reasonably safe. When its product poses a deadly risk, a company has a further duty to alert the public to the risk. Failing to meet wither duty creates legal liability to compensate injured and deceased victims.