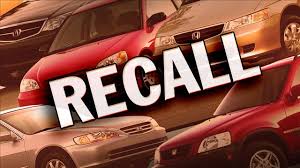 Large numbers of product recalls are issued each week. As a personal injury law firm, we pay a lot of attention to automotive recalls. Some recent recalls have been issued for Chrysler cars and minivans, Dodge Ram pickup trucks, GM Cadillac SRs, Toyota Priuses and Volvo S60s.

In mid-June 2011, Chrysler had to recall 11,000 cars, minivans, SUVs and Jeeps due to oversteering issues. A missing rivet in the steering column of the recalled vehicles could lead to injuries for drivers in a front-end crash. The recall covers 2011 Chrysler Town & Country 200 sedans and convertibles, Dodge Avengers, Calibers, Caravans, Journeys, Nitros, Jeep Compasses, Libertys, Patriots and Wranglers.

A much broader recall was issued by Chrysler when it became apparent that ignition switches in Town & Country minivans and Journey crossovers can slip. If this happens, the vehicles’ engines shut off, making any driver or passenger in the vehicle a sitting duck for a collision. A total of 248,237 minivans and crossovers with 2010 model numbers have been recalled for needed repairs.

Dodge Ram pickups, which are also made by Chrysler, were recalled this summer because a linkage in the steering column can break. Failure of the defective part can cause drivers to loose control of their trucks, which could lead to accidents. More than 242,700 Ram 1500, 2500 and 3500 pickups made between 2008 and 2011 are affected.

GM has had to recall 47,401 2011 Cadillac SRX crossover vehicles to fix problems with the passenger side air bags. The right-side head-protection air bag will not inflate in an automobile accident if no one is in the front seat. Because the real-life actions of the air bags do not match the description given in the owner’s manual, the vehicle is not compliant with federal safety standards.

About 52,000 Toyota Priuses were recalled because of a problem with the hybrid vehicle’s power steering. The electric power steering pinion-shaft attachment nuts can work loose after an extended period of normal use. Over time, Prius drivers who regularly turn the steering wheel all the way to the lock position could find it difficult to male tight left turns. The problem is related to the tightening and lubricating grease used on the rack and pinion assembly reaching the nuts.

Volvo has recalled 2012 S60 sport sedans to reprogram the fuel pump. The recall affects 7,558 vehicles built from November 2010 to May 2011 and was necessary because the fuel pump software may not be compatible with other software used to control the car’s fuel system. Drivers may sense engine hesitation in certain driving conditions, or the engine may stall when the pump fails to deliver gas to the engine.

If you suffered a serious, permanent injury in an accident that may been caused by a car, truck or SUV with a known or suspected defect, please contact our Virginia personal injury law firm to seek help.