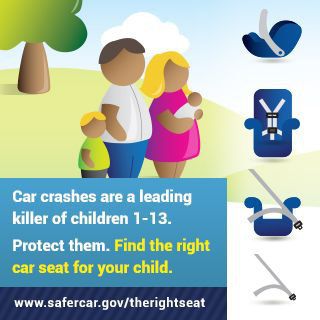 A presentation by Douglass Gentile of Kansas City, Mo., at a recent American Association for Justice seminar opened my eyes to the importance of thoroughly inspecting and properly installing child safety seats in family vehicles, These essential protections can be defective and dangerous when poorly made or incorrectly used.

Sometimes, companies place profits above quality. Other times, understandable errors by caregivers endanger youngsters. In both circumstances,  a child can suffer serious injuries or die.

So, how do you pick a proper child safety seat (CSS) from the myriad of types in a retail store?

The National Highway Transportation Safety Administration (NHTSA) is the organization that oversees the CSS industry. Unfortunately, under the Bush Administration, there has been a lack of effective enforcement proceedings over the CSS manufacturers. There is a voluntary group called the Juvenile Products Manufacturers Association (GPMA) which represents the the CSS industry but it seeks ways to protect or immunize these manufacturers from any faulty product liability.

However, improper misuse of a CSS is also a huge problem. Two thousand and four NHTSA trained observers found an astonishing 73% of CSS were being used incorrectly. Many of you may have seen news stories where the media tried to help educate parents about CSS and how to apply them to their car properly.

One of the big problems is that a CSS manufacturer does not know what car you are going to put their CSS seat in when you see it in the retail store. So how do you know how to apply your new CSS to your car? The first question is the age of your child and how you will apply or install the CSS in your car. Check your car’s owners manual or get one from the dealer or from this website: www.factoryautomanuals.com also read the seat belt instructions on your particular vehicle.

There are new tether anchors in cars manufactured after 2002. These special tethers or “LATCH” (latch stands for “lower anchor and tethers for children”) are designed for not every seating position. The LATCH system has not fixed every problem with CSS installations but it was intended to be the best securing system in vehicles that have this new system installed.

Here is an excellent list of the various web sites to check relating to questions you may have about installing the proper CSS for your child in your car:

Also, check the CSS that you have actually purchased for the website of the car manufacturer which should be listed in the product manual that you have.

There is also an organization called www.seatcheck.org,which also has a toll free number of 1-866-SEAT-CHECK which will list the closest volunteer person in your area that can give you information about the proper installation of your child car seat.

It is clear that the federal government should enact regulations that mandate that all cars sold in the USA should have standard latch restraint systems. Our most precious cargo, our kids, are not much of a lobbying force in Washington, D.C. but we are parents have an obligation to see that our kids are protected.