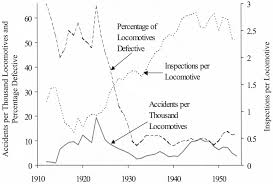 Railroads must do more to reduce train crews’ exposure to toxic diesel fumes. This is both a matter of regulatory compliance and basic workplace safety.

My Virginia-based law firm colleagues and I have helped several retired railroad workers win cases based on lung diseases developed while they were crewing trains for companies like CSX and Norfolk Southern, Whether our Federal Employers Liability Act case client was living with asthma and chronic obstructive pulmonary disease or had developed cancer, the common factor was thousands of hours—years’ worth—of breathing in diesel fumes while working in poorly ventilated, often unair-conditioned locomotive cabs.

Decades of research document a clear, causative relationship between constant exposure to exhaust from diesel engines and the development of debilitating and fatal lung diseases. Engineers, conductors and other train crew members, as well as rail yard workers, cannot avoid exhaust from locomotives entirely, but much can be done to minimize exposures.

Federal rules to do exactly that have been issued under the Locomotive Inspection Act. Currently, complying requires railroads to ensure that diesel exhaust vents around the crew cab and does not enter through vents or open windows. This is largely a locomotive design issue, ensuring that exhaust pipes direct fumes away from the engine and over the roof. It also leaves railroad employees outside locomotives at high risk.

Additional employee safety measures would include