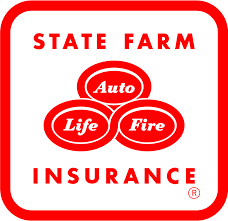 There has been no shortage of media coverage on the aftermath of Hurricane Katrina. There have been thousands of newspaper stories, countless hours of radio and television coverage, feature documentaries, and benefit concerts.  Aside from focusing on the plight of the victims, there has also been coverage on the behavior of the insurance companies. The stories have been almost uniformly negative, and have been so for good reason. The actions of many of these insurance companies were reprehensible.

Even before Hurricane Katrina touched down, the PR departments of major insurance companies were crafting press releases offering sympathy for the victims of “The Great Flood of New Orleans.” They were very careful to use the word “flood,” and they did this in order to get the idea that all of the damage was due to flooding into the consciousness of the public. Knowing that their policies only covered wind damage, this was a way for them to soften the inevitable public backlash that would happen once they issued their blanket denials of the claims of Gulf Coast policyholders.

Day after day, Americans were outraged over new stories of State Farm denying claims almost automatically. When there were any situations where the wind versus water question couldn’t be determined, State Farm simply denied the claim and forced the policyholder to prove their case in a court of law.

Quite rightly, thousands of these policyholders filed suit against State Farm, with U.S. Senator Trent Lott being among them. The first wave of settlements by State Farm and other insurers should be reached soon, but while all of this legal haggling has been going on, many of the people involved in these cases have been forced to pay mortgage payments on homes that don’t exist anymore.

A recent article in USA Today reported that, due to the wave of litigation that they faced after Hurricane Katrina, State Farm is no longer writing new home owner policies in Mississippi. An article in the Biloxi Sun Herald quoted State Farm Senior Vice President Robert Trippel as saying “…we will continue to serve our existing policyholders, write new automobile insurance policies and market our financial services products as long as market conditions allow, but the current legal and business environments with regard to homeowners and commercial insurance are becoming untenable.”

“Untenable” is an interesting choice of a word. In the context in which that word was used, one can only assume that “untenable” means “unprofitable.”

For years, State Farm and other insurance giants have made billions upon billions of dollars in revenue off of the citizens of Louisiana, Mississippi and Alabama. They made this money by promising financial coverage for those who experienced losses. Whether it was their car, their homes, their businesses or other properties, State Farm promised to be the “Good Neighbor.” And apparently, everything was fine as long as people kept sending in the checks for their premiums and didn’t actually need the services that were advertised.

Hurricane Katrina could have been an opportunity for State Farm to shine. They could have offered swift and fair claims settlement for their policyholders. It is true that the expenditures for this would have been in the billions, but considering the record profits that State Farm and almost every other insurer in America has enjoyed over the past few years, it was an expenditure that was easily affordable for them.

Had they simply delivered on the promises of their policies, they would have made back their expenditures and then some in new policyholders. Millions of Americans would have seen an insurance company that was there when they were needed, and Americans would have been clamoring to either get new policies or switch their existing policies to State Farm.

Instead we saw blanket denials, legal haggling, and the sorry sight of a billion dollar corporation doing everything they could to protect the value of their stocks while the Gulf Coast was devastated.  Now that the courts of Mississippi, Alabama and Louisiana are bringing State Farm to account, the game is up. State Farm and other insurers no longer have the ability to sell Gulf Coast citizens a bill of goods. They are therefore taking their billions and going home.