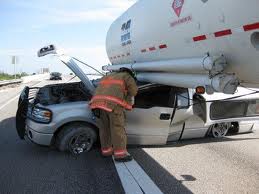 In past years, truckers have been in the news for abusing illegal “uppers” like amphetamines and cocaine in order to stay alert behind the wheel, drive more hours, and get their cargo delivered faster. However, in more recent times, truckers have increasingly turned to prescription drugs over street drugs. Why? Generally, the illegal use of prescription drugs has grown in popularity among all drug users across the country, to the point that a majority of drug overdoses are caused by prescription medicine. In addition, some truckers believe that they can more easily get away with using prescription medicine while on the job.

How prescription drugs cause truck accidents

Depending on the type of drug used by truckers, prescription drugs can cause drivers to black out or pass out behind the wheel, suffer a medical emergency while driving, or fall asleep while driving. Other drugs may cause the driver to have slowed reaction times, impaired senses, and cognitive issues that can cause crashes. It’s all too clear that these issues can lead to serious and deadly truck accidents.

Just because the trucker who struck your vehicle and caused your serious injury wasn’t on meth or heroin at the time of the accident doesn’t mean that they weren’t on drugs—it is actually more likely that the truck driver was taking illegal prescription drugs than hard street drugs. If you believe that your truck accident injury was caused by an intoxicated trucker, it is imperative to speak to an experienced, knowledgeable attorney about your case. You could deserve compensation for your injuries and other damages.