Travails of a Virginia Injury Lawyer: Why I Can’t Tell You About Some Multimillion Dollar Settlements 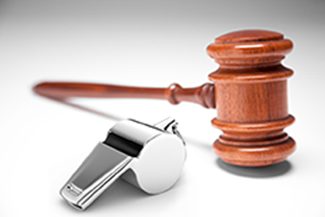 One of the most frustrating things about providing free consumer information in the health and safety field is that we cannot tell many consumers about our Virginia (VA) based injury law firm’s best multimillion dollar settlements with railroads, insurance companies, and major corporations.

The reason we cannot tell you about some of these best, major million dollar settlements is due to confidentiality agreements which are demanded in many multimillion dollar lawsuits. It almost seems like the bigger the case, and especially in the multimillion dollar settlements, the railroads or big corporations are demanding confidentiality to avoid bad publicity, or to shield themselves from other injury or death lawsuits involving the unsafe product or condition.

It places a difficult ethical dilemma on our Virginia personal injury lawyers when these demands come in the face of a multimillion dollar settlement offer. On the one hand, we may have fought the railroad or corporation for several years and finally convinced them to pay our client millions in compensation; on the other hand, the railroad or corporation might demand confidentiality or they will not settle the case at all. This leads to the tough question: Do we tell a client to walk away from what could be a multimillion dollar settlement and trust the jury in the case? While we do trust juries, it is hard not to take a bird in the hand when millions are on the table and several years of litigation have already taken place.

Many years ago, we settled a case involving serious paralysis to our client. The railroad demanded confidentiality or else they would simply not pay the millions of dollars. Our client opted to accept the settlement with the confidentiality terms.  What could we say? In that case, the cause was not a faulty product, so we really could not tell the client that keeping the amount and the circumstances secret would necessarily mean another railroad worker might suffer the same fate.  It would have been different if a faulty or defective item of equipment was involved.

In another major case, we represented a gas station attendant who suffered brain injury and major orthopedic injuries.  It was already public that a Virginia jury had awarded $46 million ($60 million with interest) to the plaintiff. During the appeal process, however, the railroad involved in that case was prepared to settle for substantial sums of money but only with a written confidentiality clause that prohibited any attorney or our client from disclosing the monetary terms of the settlement to end the appeal and finally settle the $60 million case. Naturally, we cannot ethically tell a client to turn down millions of dollars, again where there is not obvious potential that the situation will be repeated, like with a faulty product. It is ultimately the client’s decision as we work for our clients.

Another issue that arises often is whether we can disclose to consumers the facts of the case. For example, in a fault product situation, the issue is whether we can discuss a defect in a particular product or what went wrong, to help prevent a future injury from occurring. When  possible, we try to prevent this by agreeing that the confidentiality only extends to the amount of the settlement or its terms. This is preferable because it can help prevent another consumer from suffering a similar type of serious injury and only the amount of the multimillion dollar settlement is kept secret. This is a better scenario, as we can publicize a dangerous product or condition to make others aware of the hazard.

In closing, this is why our Virginia injury lawyers feel hamstrung and cannot tell consumers about some of our biggest and best personal injury settlements. Nonetheless, wherever possible, we try to inform consumers about the health and safety concerns that arose in a prior injury or wrongful death case to help prevent a future accident or wrongful death, whether in Virginia or elsewhere.