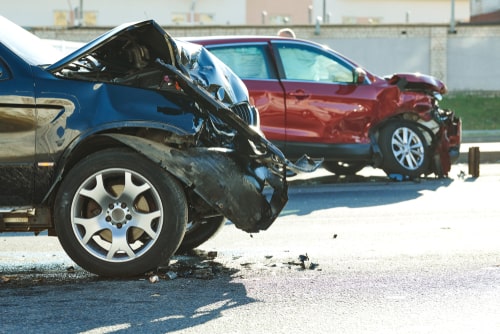 Football season is in full swing and thousands of Carolinians spend their weekends rooting for the Carolina Panthers, Tar Heels, or any of the college football teams throughout the state, celebrating at stadium tailgate parties, home watch parties, and bars. Drinking and watching football are promoted as going hand in hand, with the constant barrage of beer commercials fans see while watching games.

Unfortunately, this also means that many fans ignore safe driving choices and end up getting into their vehicles after they have been drinking. Too often, football weekends mean fatal alcohol-related car crashes. Those who are fortunate to survive these crashes are often left with long-term or permanent disabilities.

So how prevalent is the drinking culture in football? One organization conducted a survey of football fans about their alcohol consumption both at home and when they are at the stadium. Alcohol.org interviewed more than 900 fans to find out just how much alcohol was part of their football experience.

About 30 percent of those responding said that they usually begin drinking about two hours before the game even starts. The pregame consumption was pretty high, with most respondents saying they had three or more drinks during that two-hour period. More than half admitted to playing drinking games during their pre-gaming drinking, including beer pong and shotgunning.

The average number of drinks seems to depend on where the football fan is:

When the survey broke down drinking habits by which NFL team the participant was rooting for, they found that Denver Bronco fans drank the most, with nine drinks on average, and Minnesota Viking fans drank the least, at five drinks per game. Carolina fans came in at number 12, consuming seven drinks per game. Three in 10 Panther fans admitted to drinking more if the team was losing.

A person who has been injured in a crash caused by a drunk driver can pursue damages against that driver. There may also be other parties who could be liable for the drunk driving crash and the victim’s injuries:

If you have been injured in a crash caused by a drunk driver, contact a North Carolina car accident attorney to see what type of financial damages you may be entitled to. The legal team from Shapiro, Washburn & Sharp has been advocating for injured clients since 1985 and will do all we can to ensure you receive the best possible outcome under the circumstances of your case, like a $200,000 personal injury insurance settlement for one NC client who suffered a broken hip and a fractured vertebra when a highly intoxicated driver crashed into his car.

If you would like to meet with one of our skilled North Carolina car accident attorneys to find out how we can help, call our office today for a free case evaluation.