$200,000 Settlement Secured for Victim of Drunk Driver in Currituck, NC 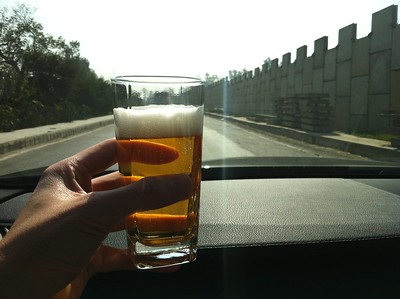 Our North Carolina personal injury client suffered a broken hip and a fractured vertebra when a highly intoxicated driver crashed into his car. The nearly head-on collision occurred when the at-fault driver failed to negotiate a curve successfully and crossed a double yellow line on a two-lane rural highway.

The crash also severely injured our client’s girlfriend, who was riding in the front passenger seat of our client’s car. Both victims were transported to Virginia and received emergency medical treatment at Sentara Norfolk General Hospital.

The at-fault driver escaped the crash relatively uninjured. Field sobriety tests conducted by police at the scene led authorities to suspect the man was drunk. A blood sample taken later at a hospital on the Outer Banks revealed the man to have a blood alcohol concentration of .20, which is two and a half times the legal BAC limit. The man eventually pled guilty to driving while intoxicated.

Doctors determined that our client’s broken bones would heal without surgery, but he was unable to walk for a month and unable to resume working as a real estate agent for four months. Intensive at-home treatment and extensive physical therapy at his Virginia residence allowed our client to progress from a wheelchair to a walker to fully supporting his own weight while standing. It took six months after the drunk driving crash for our client to heal enough to resume his full work schedule.

We knew we would be able to negotiate a settlement with the insurance company that issued a policy to the at-fault driver. Under North Carolina law, pleading guilty to driving drunk automatically makes a driver liable for compensating the people they injury in a crash. This meant we had no obligation to prove the at-fault driver acted negligently or recklessly.

Our demand letter to the at-fault driver’s insurance company included requests for the payment of our client’s medical bills, the replacement for lost earnings, and compensation for considerable pain, suffering and impairment. We also submitted all the information we then had available, including pictures from the scene of the crash, medical records and bills, and information to back up the demand for replacement of lost earnings.

The insurance company quickly agreed to pay the full limit of liability coverage, but that $50,000 would not make our client whole. Consequently, we filed an underinsured motorist claim under our client’s own auto insurance policy.

All drivers licensed in North Carolina and Virginia are required to carry uninsured motorist (UIM) coverage. This coverage can be invoked when an at-fault driver’s liability coverage is insufficient to fully compensate a crash victim.

Our client carried a significant amount of UIM coverage, but his insurer decided to contest his claim. That compelled us to file a civil lawsuit against the insurer, who assigned one of its attorneys to defend the at-fault drunk driver.

During a pretrial deposition, we presented the drunk driver with printouts of several public posts to his Facebook account in which he glorified binge drinking. The man readily admitted to making the posts at a time in his life that he considered them funny.

The man also acknowledged that he had been driving so far under the influence that he was out of control on the night that he hit and injured our client. In fact, the man stated that he now understood that he never should have been behind the wheel of his pickup truck that truck. He said he had learned his lesson and that knowing he could have killed our client would stop him from making the same mistake again.

The insurer agreed to settle our client’s UIM claim for $150,000 before a jury trial began. As a result, the drunk driving victim received $200,000 in total, with much of the money representing compensation for lost earnings and pain and suffering.

While, as allowed in civil lawsuits arising from injuries inflicted by a drunk driver, we had also sought punitive damages, collecting on those would have required going through with the jury trial. The best outcome from this case is that our client did regain his health and full mobility.