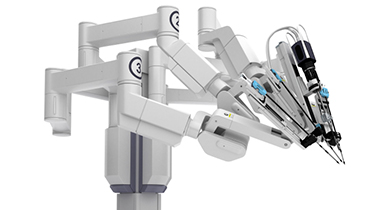 When profits are put above safety, the consequences can be devastating. This may be the case with sales representatives for the da Vinci Surgical System, owned by Intuitive Surgical, Inc. Internal company e-mails indicate that sales reps utilized aggressive tactics to market this high-tech da Vinci medical device to doctors and routinely disregarded important safety precautions like extensive training.

For example, a da Vinci sales rep reportedly urged a hospital to reduce its credentialing requirements for the surgical system. The sales rep argued that requiring surgeons to complete five supervised surgical procedures using a da Vinci robot before being allowed to use it without supervision was “on the high side” and could have “unintended consequences,” according to the New York Times. If that wasn’t bad enough, the hospital was complicit. A hospital staffer replied to the sales rep that they’d probably reduce the number of supervised procedures from five down to only three.

This is shocking. It’s kind of like saying a teenager who has driven, with supervision, three times, should have a driver’s license and their own car. Anyone with common sense realizes that is completely ridiculous.

The data indicates that the aggressive sales tactics have worked. Over 1,300 hospitals in the U.S. have purchased a da Vinci system and close to half a million surgical procedures, worldwide, were performed with robotic assistance, including many prostatectomies and hysterectomies.

Unfortunately, the increased use of robots like the da Vinci surgical device in medical procedures, coupled with inexperienced surgeons, creates a potentially-deadly combination. Some patients who have had procedures done with the da Vinci device suffered permanent, life-altering injuries. For example, the New York Times article mentions a man who is now incontinent and forced to wear a colostomy bag because he was injured by a surgeon who used a da Vinci device for the first time on his own.

Here’s a news report about the aggressive sales tactics of da Vinci sales reps and the safety risks of the da Vinci robot:

The tactics used by these medical device companies is shocking and should not be allowed. Safety should be the priority of our medical professionals, not sales goals. There are now lawsuits being filed against Intuitive Surgical, Inc. because of these irresponsible sales tactics. If you or  a loved one suffered a medical malpractice injury from a doctor who used a da Vinci device, consider speaking with a medical malpractice injury attorney to discuss what legal options may be available to you.

Our Virginia medical malpractice injury law firm published an in-depth report on the top-5 most common surgical errors. Take a moment to read the guide and learn about what remedies may be available to you or a family member.

Have Questions? Visit our FAQ Page

Our firm also has a library of FAQs, along with corresponding answers, so if you have medical malpractice questions, take a look at this page.