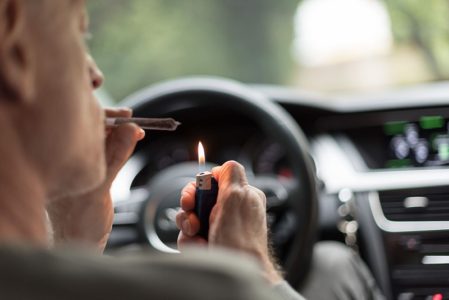 The Governor’s Highway Safety Association recently announced the results of a study the agency conducted and those results are alarming – prescription and illegal drugs cause more fatal vehicle crashes than alcohol. According to the data collected by the agency, 38 percent of all drivers killed in this country in 2016 had alcohol levels in their systems, however, 44 percent of drivers that were killed had drugs in their systems, including marijuana, opioids, and other illegal drugs.

Law enforcement points to two factors to explain this dangerous increase. The first is the national opioid epidemic that states all across the country are dealing with. The second factor police cite is that many states have relaxed laws regarding marijuana use. Whatever the reason for the spike of fatal drug-related crashes, the reality is that we are all at risk of being injured in accidents caused by impaired drivers.

Despite the laws that have been passed and public warnings of the dangers, many drivers still get behind the wheel of their vehicles impaired – with tragic consequences. In a 10-year period, almost 3,000 victims were killed in crashes caused by impaired drivers in Virginia. Some of the strategies Virginia uses to combat against drugged and drunk drivers include:

Many of these strategies have worked well to decrease the number of drunk driving crashes that occurs, however, they do not necessarily work when it comes to identifying drivers who are under the influence of drugs, both legal and illegal. Although many people think it is illegal drugs that pose the biggest problem, the reality is that many of those drugged drivers who cause these crashes are under the influence of drugs that were legally prescribed to them by their doctors.

It is a crime under Virginia law to operate a vehicle under the influence of drugs or alcohol. In addition to criminal charges, an impaired driver who causes an accident may also be responsible for punitive damages for any victims who were injured in the crash or to the families of anyone killed in the crash.

Punitive damages are punishment for the driver for their reckless behavior. Injured victims or anyone who has lost a loved one in a car accident caused by a drugged driver should contact a skilled Virginia car accident attorney to find out what legal options they may have.

At Shapiro & Appleton, we have been advocating for injured clients since 1985 and will do all we can to ensure you receive the best possible outcome under the circumstances of your case. If you would like to meet with one of our skilled Virginia car accident attorneys to find out how we can help, call us today at (833) 997-1774 for a free case evaluation.