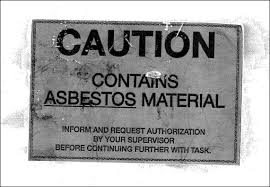 As experienced Virginia FELA lawyers we know that welders on railroads have contracted permanent lung diseases, cancers or permanent neurological and memory disorders due to long term inhalation of the harmful particulates in welding fumes.  These types of cases require careful investigation and it requires our law firm to engage some of the top experts in the fields involved in order to determine whether a particular cancer or disease was caused by the harmful toxic welding fume exposure in question.  Manganese is but one known toxic substance in welding fumes that is a known cause of neurological injuries, and other known carcinogens are constituents of the fumes.

Not only are railroad welders in danger but other workers as well.  There is a growing body of evidence that long-term railroad worker exposure to diesel exhaust fumes can lead to a condition called “diesel asthma,” a form of chronic obstructive pulmonary disease, and additional evidence shows an increased incidence of lung cancer rates among railroad employees. Railroad worker injury claims against their employer-railroads fall under a federal act called the Federal Employers’ Liability Act, or FELA.

Diesel exhaust, also called diesel smoke or diesel fumes is a chemical mixture containing literally hundreds of compounds such as sulfur dioxide, nitrogen oxides, polyaromatic hydrocarbons (PAHs), benzene, and many other compounds that can cause cancer. Many of these individual particulates are known carcinogens, and have been known cancer-causing agents for over 30 years.