What Every Railroad Worker Must Know About FELA, On-the-Job Injuries and Occupational Illnesses 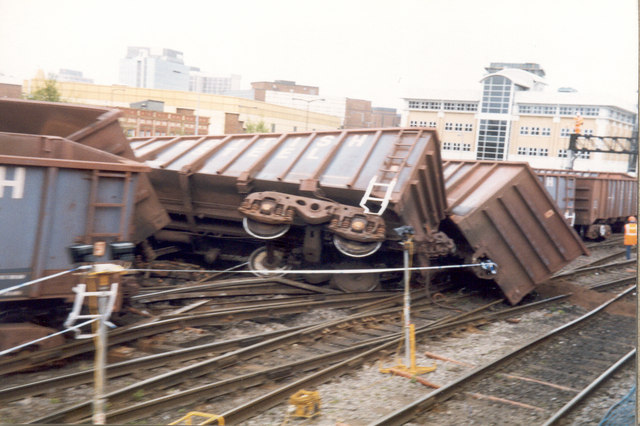 If you are a railroad worker who suffered a work-related injury or developed a disease like mesothelioma from exposures to dangerous substances on the job, you have come to the right place for information on your legal rights to seek compensation for medical expenses and damages for your employers’ negligence in protecting your health and safety.

Our Virginia-based personal injury and wrongful death law firm works all over the United States to help rail employees and their families. Led by two partners who have nearly 70 years of combined experience handling the most-difficult railroad injury or disease cases, you can rely on us to share all you must know if you find it necessary to take a railroad to court.

Is the Federal Employer Liability Act that governs injury and illness claims from railroad workers a no-fault law like workers’ compensation?

Congress created FELA in 1908 because railroad workers were barred from participating in nearly every state’s workers’ comp program. The federal and state-based short-term disability benefits programs do many of the same things, but the process railroad employees or their family must go through is very different.

First, collecting on FELA claim requires showing that the railroad was negligent in some way that led to an employee suffering an injury or developing an illness. For instance, a worker can succeed with a FELA claim if he or she has evidence that the manager did not enforce safety regulations, the railroad issued faulty equipment, or the railroad ignored laws or regulations requiring the removal of hazards like asbestos from the workplace.

Second, under FELA, a railroad can either cooperate with a person who files a work-related injury or illness claim or force the person to purse a lawsuit. Worker’s comp claims are administrative cases, while FELA claims often literally turn into federal cases.

Are diseases that may have been caused by work covered by FELA?

All types of illnesses that can be linked to breathing in or coming into contact with hazardous materials are covered under FELA. For instance, diesel fume exposures to train engineers merits settlements, as do asbestos exposures for mechanics and conductors.

Does it matter if the railroad violated a regulation or internal rule?

Showing that a railroad and its officers or staff violated a relevant law, regulation or company policy is the best way to show that a railroad acted negligently and, therefore, must settle a FELA claim. Such a violation creates what the law calls strict liability. The violation itself proves negligence and liability.

Partnering with a dedicated FELA attorney will help show that responsible parties knew or should have known that the law, regulation or policy existed and was being violated. The lawyer can also draw a clear connection between the violation and the resulting injury or illness.

What is the statute of limitations for on-the-job injury and occupational illness claims under FELA?

Railroad employees, retirees or surviving family members have three years from the date of an on-the-job injury or death to file a FELA claim.

The statute of limitations for filing occupational illness claims under FELA is also three years, but the clock starts on the day that the employee or retiree received a definitive diagnosis of a work-related cancer or lung disease. Railroads will often argue that a disease claim was brought outside the statute of limitations because the claimant (to use a bit of legalese) knew or should have known about the occupational illness before getting diagnosed. A railroad illness attorney can usually defeat that kind of argument easily.

What if I never filed an injury report with my supervisor or the railroad?

Neither the text of FELA nor any of its implementing regulations requires an injured or ill railroad worker to file an accident or incident report with a railroad. This makes absolute sense because a deadly disease like mesothelioma may not develop until decades after a person worked with, say, asbestos-lined brake pads. And a person killed in train crash or derailment cannot complete paperwork.

What damages can be sought under FELA?

As we explain elsewhere on our website, when the facts of a case support doing so, an injured or ill railroad worker can collect all of the following types of compensation and monetary damages:

Yes. FELA cases are complicated, and railroads fight claims with every resource they have.

Attorney Richard N. Shapiro co-wrote Railroad Health and Safety: A Litigator’s Guide, which is stocked in most of the nation’s law libraries. He also served two terms as chair of the railroad law section of the largest trial lawyers organization in the United States, the American Association for Justice.

Partner Randy Appleton also has 30 years of railroad-injury law experience and has handled railroad injury and disease claims in Virginia, North Carolina and throughout the entire eastern United States.

Contact us to learn how we can help you and your family.