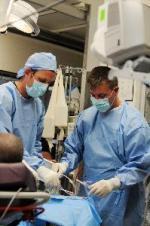 This month in our news section, we discussed the North Carolina wrongful death case involving a 17-year-old girl who was killed by a brick thrown by a 21-year-old man at a party. The man was found guilty of second-degree murder last summer and is serving up to twelve years in prison for his crime. Now, after the murder trial, the girl’s mother has filed a wrongful death lawsuit against the man.

Another difference is that a murder and criminal trial often results in prison time or other related sentences, while wrongful death trials result in a payment to the surviving family by the responsible party.

While all murders may be the subject of a wrongful death trial, not all people guilty of wrongful death are murderers. For example, a teen who caused a fatal car accident may have been careless about his speed, but he certainly may not have intentionally killed someone. In another example, a doctor may have made a careless medication error that led to a deadly patient overdose, but he certainly didn’t maliciously or purposely end a life. It follows that a person can be found guilty of murder and then go on trial for wrongful death. At the same time, a person could be found innocent of murder but then lose a wrongful death lawsuit.