Several members of a family from Pennsylvania gathered on a second-story stairway attached to the outside of a vacation rental home on the Outer Banks of North Carolina. While the vacationers waited for a photography drone to come into position to take their group picture, the stairway collapsed. 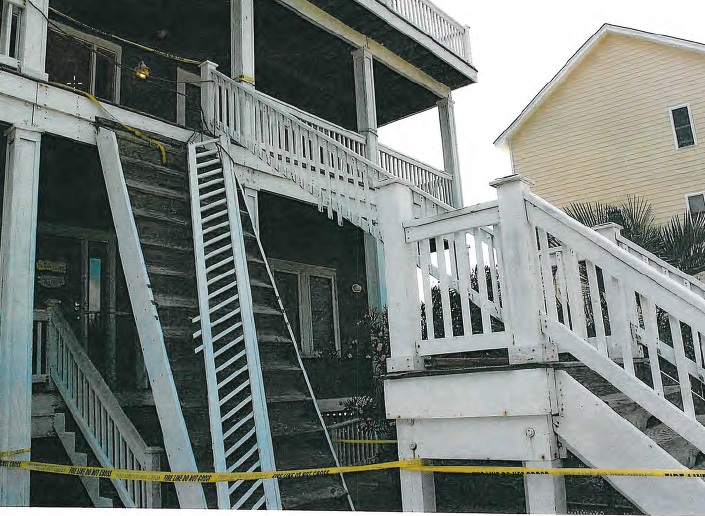 Falls of 8-12 feet onto the concrete driveway left several people injured and needing treatment for cuts, bruises and broken bones. The most severe injuries were suffered by a woman who ended up briefly hospitalized with a compound fracture of her lower left leg. She and other injured family members later underwent surgeries to repair their damaged limbs.

One of the vacationers immediately contacted our North Carolina personal injury law firm, and we sent a structural engineer to inspect and photograph the property in Salvo, NC. Measurements taken by our investigator before the wreckage of the collapsed stairway was cleared away allowed us to demonstrate that the steps were not built to code. Specifically, the stairway could not bear the minimum load required under the North Carolina building codes that were in effect when the rental house was constructed. This information played a vital role in negotiating and securing settlements for the eight injured vacationers we represented.

Law firm partner Randall E. Appleton took the lead on this case, which encompassed eight separate lawsuits against both the owner of the property and the company the owner hired to provide property management services. All claims were brought under provisions of the North Carolina Vacation Rental Act (VRA), which requires property owners and managers to conduct frequent inspections and make prompt repairs to ensure renters’ safety.

The defendants decided to contest all claims, so Appleton and his team began preparing for a series of civil trials. During depositions, the property owner was presented with the evidence that the stairway failed to meet applicable building codes. It was also explained that this put him in violation of the VRA, which requires landlords to provide safe rental premises.

The property owner then testified that he had instructed the realty company he contracted with to provide property management to have a qualified independent professional inspect the stairway before the start of the summer season during which our clients fell and became injured. This order to have the property independently inspected may have been prompted by reports from former tenants about deficiencies with the decks and external stairs. Regardless, the inspection was never performed.

Throughout the discovery and deposition process, our injured clients remained in Pennsylvania recovering and receiving follow-up care. Appleton and his team settled each injury victim’s case one by one until just a single case was set to go trial.

This involved the claims for the woman who suffered the compound fracture. The judge ordered the plaintiff and defendants to attempt mediation, and that alternative dispute resolution process succeeded.

Without once appearing before a jury, Appleton and his legal team secured eight personal injury settlements totaling $967,900 for a group of visitors to North Carolina who literally fell victim to the combined negligence of a vacation property owner and management company. 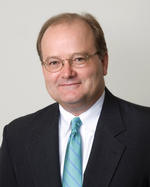 Q: Randy, how many people were injured in this deck collapse?

A: There were eight family members that were injured in the collapse.

Q: Is it true that one of the victims suffered a lower extremity or leg injury?

A: Yes. One of the family members suffered a compound fracture of her left leg.

Q: This case went into litigation and you, particularly, had to work to convince the rental company and their insurance adjuster to pay substantial damages, correct?

A: Yes. It was not so much on the damage side, but the defendant tried to fight us on the liability side of the equation.

Q: What was the issue with liability?

A: Well, we had two defendants. One was the owner of the house and the other was the realty company. The biggest issue in the case was which defendant was the most responsible for the injuries.

Q: Okay. So, to set the stage, it was a vacation rental and it was a family and friends staying at this beach cottage, correct?

A: Yes. The family and friends were standing on the steps of the cottage to take a family photo, waiting for the drone to get air lifted, or aerial. While they were standing there, the stairway collapsed beneath them and they fell about 8 to 12 feet.

Q: What were some of the key things you had to develop to establish liability?

A: Well, the family called us immediately and we were able to get a structural engineer to go to the scene while all the parties were still there. That enabled us to establish that the stairway would not bear the load that the Building Code required it to bear. As a result, this established liability on the homeowner for failing to properly maintain the stairway. Additionally, in discovery, we learned that the property owner claimed that he had given the realty company instructions to inspect the deck before the vacation season began and the inspection was not performed. As a result, we argued that this created liability for the rental company as well under the North Carolina Vacation Rental Act.

Q: How important is the North Carolina Vacation Rental Act to these types of cases?

A: It’s very important. If not for this law, many victims probably would not have a recourse to pursue financial restitution for their harms and losses. The North Carolina Vacation Rental Act imposes duties upon the homeowner to make sure that the property is well maintained and to upon the realty company to make sure that it is appropriately and safely managed.

Q: Did you have to obtain experts to address different issues?

A: Yes. We retained two medical experts to help address the extent of the injuries suffered by the family members. We also retained a structural engineer who testified that the house did not comply with the Building Code and in violation of the North Carolina Vacation Rental Act. Additionally, we had a property management expert to establish the duties of the realty company under the North Carolina Vacation Rental Act.

Q: At some point prior to trial, were you able to negotiate a settlement that was fair for our client?

A: Yes, it was a lengthy process. We went through court-ordered mediation and our client underwent several surgeries. Nevertheless, we reached an amicable settlement after most of the depositions had been taken in the case of the experts.