9 Tips for Staying Safe While Working at a Rail Yard 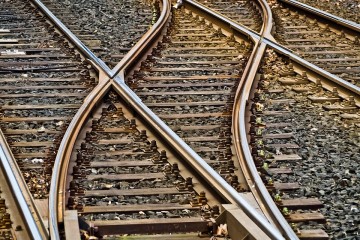 Having helped railroad workers, retirees and their families with injury, occupational illness and wrongful death cases for more than 30 years, I know better than most that working in and around trains can be dangerous. Rail yards and machine shops pose particular risks to rail employees’ health and lives because, in addition to moving vehicles, chemical, electrical and hazardous substance hazards exist in abundance.

The other thing I have learned during my decades as a railroad injury, illness and wrongful death attorney is that rail corporations will try almost anything to convince a jury that a worker inflicted harm on him or herself by violating safety rules and ignoring standard procedures. Amtrak, CSX, Norfolk Southern and the rest know that they can only be held accountable under a worker-protection law like the Federal Employers Liability Act (FELA) or the Safety Appliance Act (SAA) if evidence shows that the company or its managers acted negligently.

Portraying railroad employees as indifferent toward or contemptuous of safety rules and regulations allows rail corporations to avoid paying compensation and other monetary damages to victims of their own bad practices. Railroad workers can protect themselves and close off such lines of defense against FELA and SSA claims by consistently following nine general rail yard safety tips.

First, remember that the rules that drivers and pedestrians should follow to avoid getting hit by a train apply equally to rail yard workers. Cross tracks at only designated crossings and look both ways before stepping onto a rail bed. Leave plenty of space between you and a stopped train; 50 feet should suffice. Always yield right of way to an approaching train, and keep in mind that electric locomotives moving at yard speeds will make almost no noise.